7 Huge Reasons to Include Video in Your Online Marketing 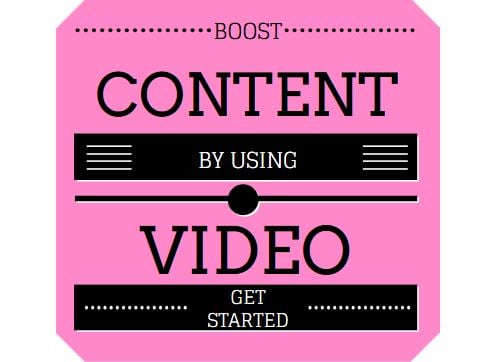 Seen any good movies lately? What about online videos? Whether it’s explainer videos, advertisements, product videos or pure entertainment, watching video online has become a ubiquitous activity that your businesses should be tapping into. But don’t take our word for it – here are 7 great reasons (with mind-blowing stats to match) your business should be leveraging video.

The average American watches 22 hours of online video in a month, and over 50 billion hours worth of video was watched by Americans in July alone. According to comScore, 45.4% of Americans watch at least one online video a month, while 100 million watch at least one video internationally. YouTube is the world’s second largest search engine (sorry, Bing) and over 72 hours of video are uploaded to the website every minute. Clearly, the demand for video is there – and as you’ll soon read, it’s not all cat videos, either.

Woah, that was a mouthful – but what does it mean? Simply put, some people learn visually, others through text, others through example and still more prefer to learn through auditory cues. With a video, you combine modalities and have the highest likelihood of meeting your viewers’ learning needs. Visual cues, auditory instructions and written-up captions can all help your viewers get the point.

As outlined by PH.D Susan Weinschenk, video engages our brains in far different ways than other media experiences. As described in an impressive article in Forbes, video:

All that adds up to the fact that video switches our brains on in different ways than other mediums, and when our brains are switched on, we’re more engaged and more likely to take action or become involved in what we’re viewing.

From what we’ve already covered, it follows that video is a powerful tool for driving conversions. A few stats to mull over:

According to Dr. James McQuivey, one minute of video presents an equivocal value of 1.8 million words. As attention spans are short and customer attention precious, being able to say more with less is ideal, especially when trying to reach particularly busy consumers.

Given that number, it’s understandable why 59% of the busy executives surveyed by Forbes Insight said they’d rather watch a video than read text and 65% of those who viewed a video clicked through to the vendor website. 45% of those surveyed also said they contacted the vendor after seeing the online ad.

In an eye-tracking study conducted by LookTracker, research found that video results in search engine results pages got a disproportionate amount of viewer attention, even when they weren’t in the #1 position organically.

That kind of advantage and ability to draw the eye bodes well for click-throughs, traffic – and ultimately – conversions.

Of course, attention spent on videos isn’t limited to search engine results! Though we’ve already covered some pretty staggering stats pointing to the effectiveness of video in stealing attention, it won’t hurt to share you a few more.

60% of internet users prefer video to text, and notably, video as a marketing medium is 6 times more effective than print or direct mail in driving conversions. (Three Motion)

A study from Moz found that blog posts with videos will attract, on average, 300% more links than those without, while Econsultancy found that click-through rates in social media were 41% higher than with text-based links. Videos are shared 12 times more on Facebook than photos and text-based posts combined, and for branded content, Performics found that social media users were 37% more likely to interact with posts that contained video.

When video is combined with e-mail marketing, we see similar results: Get Response found that across 800,000 emails sent from their pro accounts, emails with video saw a 5.6% higher open rate and over 96% higher click-through rates than e-mails without. Similarly, Experian saw that e-mails that used “video” in their subject lines saw open rates 7 – 13% higher than the average.

In keeping with the theme of the post, we thought we’d share a few videos from brands who are doing a great job in video to help inspire you to do the same.

Outdoors and adventure product company REI uses videos to illustrate their many products and to show them in action. The video says more about the features and benefits of the product than any description could ever do justice. We can’t embed it here, but check out the video on http://www.rei.com/product/829184/rei-kingdom-4-tent-2012#video-inner

You may never heard of Panorama9, but you’re going to love their explainer video. Using engaging visuals and humor to explain a complex product, Panorama9’s video netted the company nearly 10,000 views – not bad for a startup.

Putting a new spin on marketing beauty products and cosmetics, Dove has leveraged video heavily to get their “Real beauty” campaign out in front of their audience. This video has been viewed over 16 million times, a testament to its success. http://www.youtube.com/watch?v=iYhCn0jf46U

Immunoprecipitation is just as hard to understand as it is to pronounce. To help streamline their user experience and provide a helpful guide, Life Technologies created a series of videos that broke down the tough-to-grasp concept and put the process in easy, digestible chunks.

Yes, it’s become one of the most-cited videos when video marketing is discussed, and yes, it’s still worth mentioning. This video helped propel the company to becoming a household name. It’s funny, it’s informative and it’s effective.

What brands do you think have done a great job with video? Share your insights in the comments!