Social Media ROI: It’s Not What You Think! 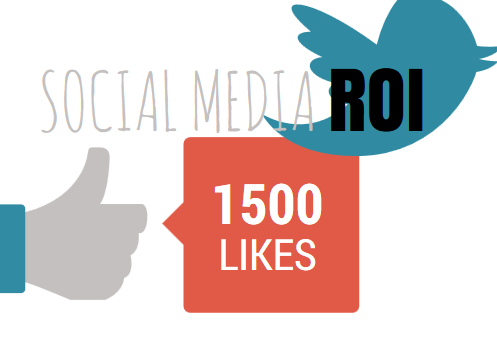 It’s a fair question, too. You want to know that the time and money you invest in a channel is yielding some sort of return. But what if social media wasn’t actually a direct sales channel? What if you’ve been thinking about it the wrong way?

To put it all in perspective, let’s first consider another question:

What’s the ROI of owning a telephone?

No, we’re not being facetious. If someone asked you to calculate the value of owning a business phone, how would you go about it?

You might explain to them how you used your phone to reach a new lead, or tell them about how you saved an account by calming down a frustrated customer. Perhaps you’d share  how you fielded a sales call, or how a conversation you had with someone you met at a trade show turned into brand new business.

Would it make any sense if, frustrated by your inability to attach a direct ROI to the phone, the company disconnected your phone? Would that really make any sense?

Most would say no.

But businesses treat social media this way all the time.

The phone itself is not a sales channel – it’s a communication medium. The same goes for social media. Social media is not like a billboard or a television advert. And while you can use social media to advertise or share branded content, it isn’t an advertising platform.

The value in social media is only there when you have a valuable message to send; when you use it to connect with customers, build relationships, get people talking about your brand. That kind of interaction may be hard to quantify as a dollar amount – because social media generally plays a supporting role in conversions instead of being the star of the show.

So where does social media’s true ROI come from?

#1: Social Media is an Amplifier

All that great content you’ve created deserves an amplification strategy – a way to get it out to people. Social media is a fantastic way to do just that. But if all you share are promotional tweets about your latest great piece, you won’t get any traction.

But, if you take the time to build an attentive audience by sharing things they actually care about, when you finally DO share your work, more people will listen in.

Engaging in conversations might feel like meaningless chitchat. How can you invest in actions that don’t directly make you cash? And yet without these friendly conversations, your shared content might as well have never been posted.

#2 Social Media is a Reputation Saver

When your customers are frustrated, you want to hear about it. In years past, they might pick up the phone and call your support team for advice or to resolve the issue. Now? They tweet. And those tweets can spread like wildfire, dragging your reputation in the mud along behind them.

The fact is, whether you’re on social media or not, people are already talking about your brand. The question is – do you want a chance to be a part of that conversation and save face?

Your very presence on social media indicates to customers that they can use it as a channel for complaints, praise, questions and comments.

Yes, it takes time to engage – but the cost of not engaging may be far higher.

#3 Social Media is an Awareness Creator

For those potential customers who don’t know who you are, social media presents a very real way to speak with them directly. You can actively seek out conversations in social media surrounding your offering, your competition and the pain points of your audience, and then respond.

People who didn’t know you existed and who tune out other forms of advertising can’t help but take notice when a brand offers them a direct response to a question they had, or chimes in on a conversation with a helpful (not salesy) solution.

For many, social media may be a first point of contact with your brand.

#4 Social Media is a Humanizer

Let’s face it – no matter how much we might hope people are wild about interacting with brands, that’s not always the case. People like to interact with – you guessed it – real people. Social media is a chance to give your brand a personality and express it in ways people can relate to.

It’s about showing the world you’re about more than making a quick buck and it’s a chance to open up the windows into the inner workings of your company – which, unsurprisingly, consists of people, too!

If you’ve struggled with the ROI of social media in the past, it’s likely because you’re trying to treat it like a direct sales channel. As we’ve seen here, it’s really not. The ROI of a conversation is hard to pin down, but we know that social media plays a valuable role in the inbound marketing process as a means of starting and continuing conversations, humanizing a brand, managing a reputation and yes, even driving the odd sale.

What do you think? Is it fair to try and measure the ROI of social media in the same way you would a magazine ad? Let us know in the comments!