How To Make Money With Alexa Skills 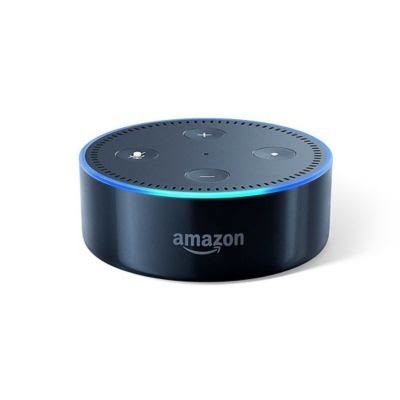 Voice is poised to become the 'next big thing' in terms of technology, and consumers are showing their love for voice-controlled devices by purchasing 'smart' speakers at a rapid rate. Between Q1 and Q2 of 2017 smart speaker ownership increased from seven to 10 percent among U.S. households with a broadband internet connection, and research from Voicebot.ai reveals that as of Q1 in 2018, close to one in five U.S. adults have access to voice-enabled smart speaker technology and experts predict that by 2020, "50 percent of all searches will be voice searches by 2020".

Although Amazon is notoriously secretive about its actual sales numbers, the company confirmed that it sold 60 percent more Echo devices on Prime Day 2017 than it did on Prime Day 2016, with the Echo Dot claiming top spot in terms of sale volume across all of Amazon's global sites.

Amazon currently holds over 70 percent of the smart speaker market share in the U.S., and it's Alexa platform can be used to run everything from connected smart home devices to Alexa-enabled wearables such as smartwatches.

What Makes Voice So Popular?

According to Nikki Gilliland of Econsultancy, voice has enjoyed instant popularity among the masses for one simple reason - "it mimics natural behavior". Gilliand writes that, "unlike picking up a smartphone and typing in a question, talking is a much more instinctual and casual thing to do".

Another factor influencing consumer adoption of voice is the ability of voice to pinpoint intent much more accurately than text can - voice involves natural prompts that can be coded to deliver clear responses, whereas text requires the user to make multiple choices around the action they want to take.

In-skill purchasing (ISP) allows developers to sell access to premium features in their skills, both as a one-time purchase and an ongoing subscription-style option. With ISP, developers determine the price of their offering, and Amazon will take a 30 percent commission on each sale.

Each month, Amazon awards money to developers of eligible skills that are deemed to deliver exceptional customer engagement. This option is currently available for skills offered in the U.S., U.K, and Germany, with more countries expected to be added soon.

In order to "advance human-computer interaction" Amazon has created a $3.5 million dollar university challenge that awards selected participants a $250,000 research grant, free Alexa-enabled devices, access to Amazone Web Services, and support from the Alexa team. The 2018 competition wraps up in November, and any team that can create a socialbot that can converse coherently with humans for 20 continuous minutes (and achieve a 4.0 rating) will earn a $1 million dollar bonus in the form of a research grant.

What Kind of Skills Can Be Monetized?

Right now, Amazon provides opportunities for monetization of Alexa skills that are "correctly categorized in any of eight eligible skill categories" including:

According to Amazon, "payment is based on the skill's customer engagement", and designers of eligible top-performing skills will receive an email notice from the Alexa team along with the earned payment on a monthly basis.

Unlike the Google Play store, iTunes, and other digital property marketplaces, the value assigned to each Alexa skill isn't just based on volume - Amazon evaluates and rewards skills each month based on a high-level assessment of customer engagement metrics which includes minutes of use, the number of new and repeat customers, user ratings, and more.

Developers can monitor their Alexa skills through the Amazon Developer Portal which provides an in-depth snapshot of performance metrics along with the ability to view data from a specific time interval.

How Much Can You Expect To Make With Alexa Skills?

While monetizing Alexa skills may not make you an overnight millionaire, it can provide you with a very respectable payoff. David Markey, a Brown University student, "collects about $10,000 each month" according to an article from CNBC. Markey explains how he purchased an Echo device on Amazon's 2016 Prime Day and was instantly impressed with its capabilities, although he quickly spotted an untapped market - responses read by a real human being rather than the computer-generated voice of Alexa.

Markey was among the first developers to enroll in Amazon's Alexa Developer Rewards Program - a vetted, category-specific monetizing opportunity which Markey used to launch an interactive Alexa skill game which he managed to sell - while retaining a portion of the Developer Rewards income.

As per usual, Amazon hasn't released any clear numbers on Alexa skills payouts, however, they do reveal that "they've "paid out millions of dollars" to voice developers in 22 countries who have their skills published in the U.S., U.K, and Germany".

Where To Learn More About Monetizing Alexa Skills

While Amazon's own Alexa developer site provides all the information you need to start monetizing Alexa Skills, there's also a number of additional courses and resources available through both Amazon and third-party providers. We develop Alexa skills and have a team dedicated to voice strategies and optimization of content for voice.

There are also on-demand introductory and advanced Alexa skills courses offered through Codecademy which focus on the use of conversational voice designs, building multi-turn conversational skills, and Alexa's dialog directives.