It’s time to stop assuming and get down to the facts. The annual Hubspot Sales and Marketing Report was released and found that senior executives may be more open to inbound marketing than you think.

Other several key findings from this year’s report include:

ROI is still the biggest challenge marketers face, but with the ability to increase ROI with inbound marketing, executives are favoring this marketing tactic more than ever.

Hubspot’s data showed that the higher their position, the more likely they’ll favor an inbound strategy over outbound to generate a positive ROI.

Inbound catches up to outbound at the non-executive VP/director level, and passes it at the executive rank (executive-level personnel represented over a third of all survey respondents). 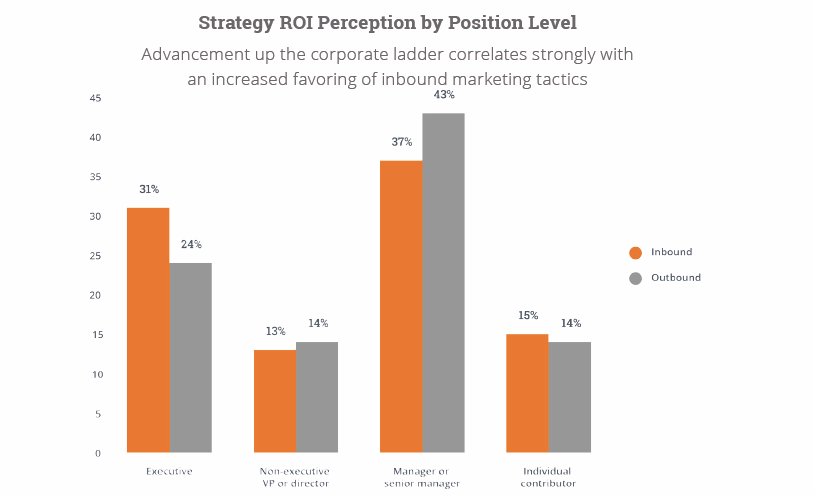 While the report does not explain why executives favor inbound marketing, it’s not hard to speculate why they favor it more than their lower-level managers:

If you believe that inbound is more successful than outbound, there are numbers to support your case. Inbound shows a higher case of ROI than outbound by a large percentage, regardless of company size.

Approximately 32% of survey respondents whose companies identify as primarily outbound organizations called paid advertising the most overrated marketing tactic --the number one answer by a wide margin.

While this could be explained by large companies (200+ employees) throwing money at paid as a sort of diversification of their marketing portfolio, it bears repeating that the smart money is on inbound. 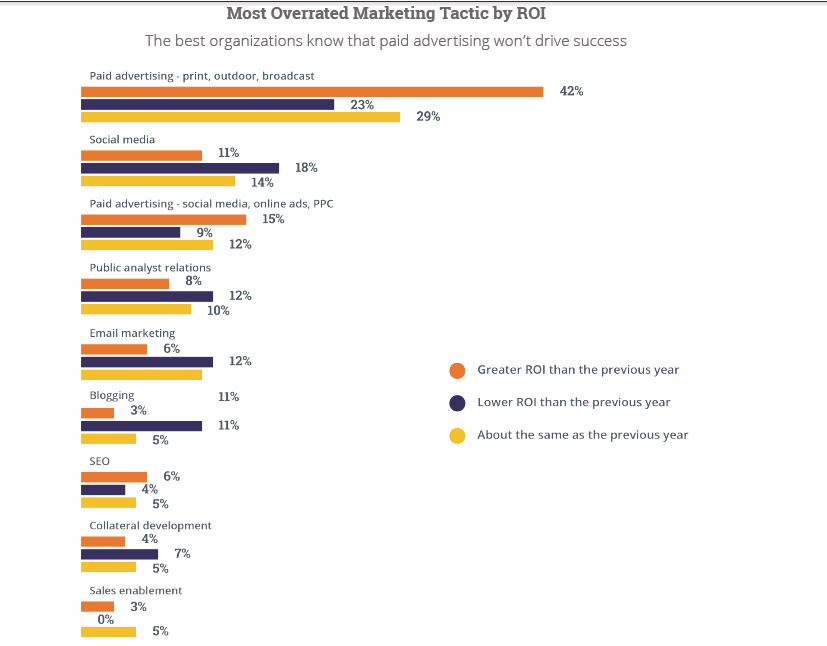 Recent trends in advertising and technology further support the executives’ shifts in favor towards inbound over outbound.

While marketers begin to shift their budgets to creating value through content, consumers are starting to take action against ads that purely interrupt. The rising level of interest in ad blockers illustrates this trend. 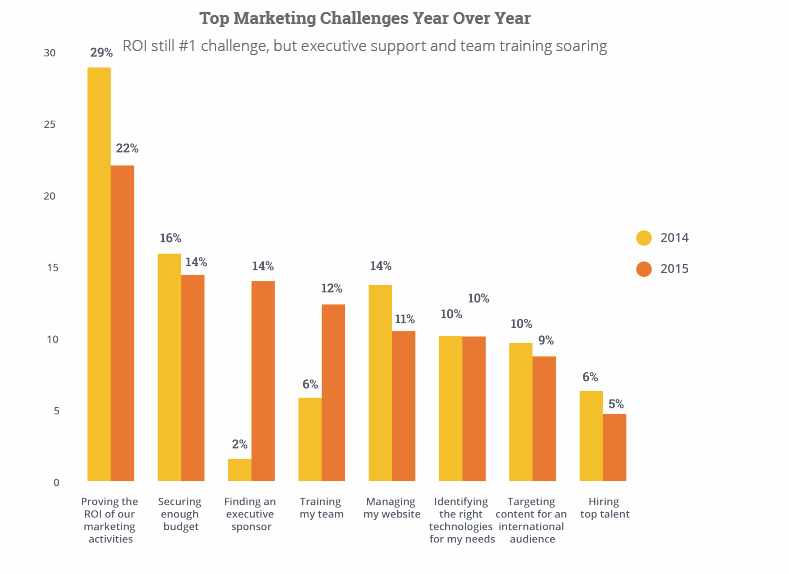 The use of freelance and agency talent is on the rise. According to the tenets of inbound marketing, marketers should create compelling content that reflects their company’s voice and brand while helping the consumers of this content turn into website visitors, leads, and customers.

This doesn’t mean that people who write content for your company have to be from your company. The survey showed an increase in the number of respondents who indicated they use freelancers and agency partners for content creation. 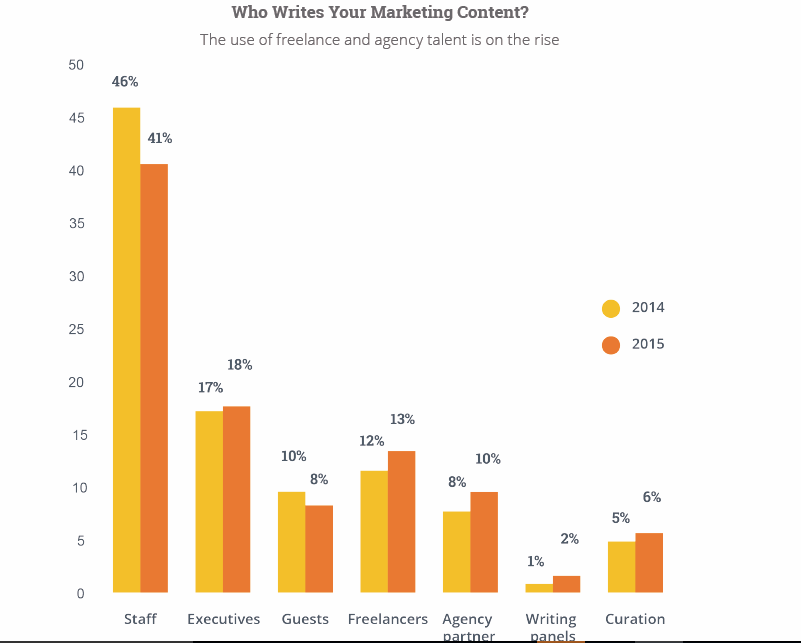 Download the full report for 72 pages of the latest stats, charts, graphs, and insights on the latest trends in inbound marketing and sales.