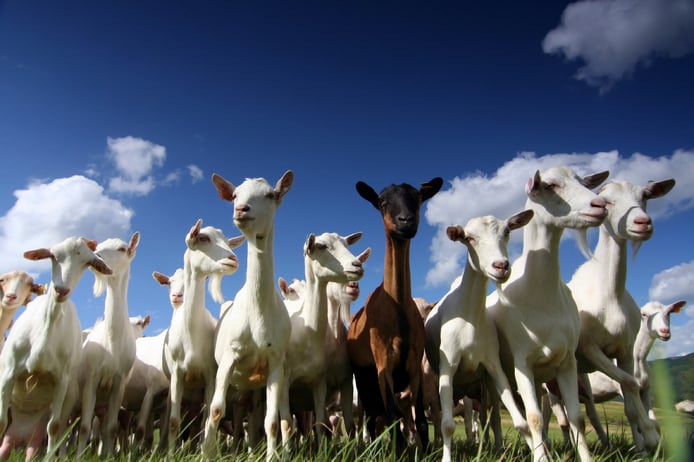 Firstly I need to explain the title, as I am sure most of you are a little lost. GOAT is an acronym for Greatest of All Time, which is usually used when discussing and describing the Michael Jordan’s of the world.

To make a long story short, my friends and I have pretty much turned GOAT from an acronym into an adjective, and use it to describe things we love or things that we think are the best – or GOAT. For example: “The taco’s I had last night were GOAT.” or “The sushi from 709 is GOAT, let’s go there for dinner.” – As you can see I am a foodie and somewhat obsessed with …. wait for it, FOOD!

So anyway, in this case these are the top 5 people in the SEO industry that I think are the most influential, helpful, successful, just overall, the GOATs.

I am not necessarily going by any ranking system or factors (I mean I’m not Google after all...) just my own personal opinion. However, it’s not like any of these 5 GOATs don’t belong in the conversation; it just really comes down to how you would personally rank them.

The name alone should warrant his inclusion on this list – Link Moses doesn’t get given to just anyone after all!

Eric focuses mainly on link building, which continues to be one of the biggest ranking factors to-date. He was also one of the first people I began studying and following when I got into SEO about 5 years ago. In my link building case study I wrote back in June (shameless plug), I mentioned Eric’s quote that has stuck with me since I first stumbled across it: “Ask yourself, would you want this link if there were no Google?”

As a link builder, that quote is true to this day, probably even more so now. Something else I love about Eric is that he is a bit more old school than the others on this list, but everything he shares still works like a charm. Sometimes you just need to kick it old school a little, which is why Eric comes in at #5 on the SEO GOATs list.

Just the fact that Danny is the Founding editor of Search Engine Land & Marketing Land is all the qualification he needs to be on here. He has been doing this almost, if not as long as the great Eric Ward, so he goes back to a time when the internet wasn’t so …. well, so ‘internet-y’. Danny also plays a big role in all of the SMX conferences that nearly everyone involved with SEO goes to. When it comes to news from Google, there aren’t many better choices to turn to.

Even if it’s not a post or article directly from Danny himself, he has done so many things in our industry that he has probably had some indirect influence on it one way or another. This puts Danny at #4 on the SEO GOATs list.

Brian Dean’s ascent to being one of the SEO greats is one to truly be admired. He has covered so much ground so fast it’s crazy. He is also one of the most humble people you will find and will be the first to tell you his back story about his journey, with his successes, and failures included. I think that is why many people have taken to him so quickly, because he is very relatable to the common person. Although I will say that his great link building strategies and step-by-step processes that he so happily shares (AND THAT WORK AMAZINGLY) probably play a small role as well.

I have personally utilized his content frameworks that he preaches (as well as his other techniques such as his skyscraper strategy) and have been thrilled at the results. This is why Brian comes in at #3 on the SEO GOATs list.

Rand is the man; it’s the only way I can start this off. First let’s touch on his major accomplishments listed above: he is the founder of Moz & co-founder of Inbound.org. If you are in the SEO industry and haven’t AT LEAST checked out Moz, then you really need to ASAP. I have been using Moz since day one and the tools it offers are great for so many different things. Aside from all the great uses of Moz though, what I really love about Rand is how he delivers his knowledge to his readers and followers.

Specifically, I LOVE his Whiteboard Fridays. They are always EXTREMELY helpful and informative, but better than that is that it’s just such a great, fun, and creative way to deliver his message. I for one look forward to watching them each and every Friday. Rand also works on creating new tools for the industry to help a variety of different challenges. I am personally looking forward to the release of Keyword Explorer. So you add all this up, plus his pretty sweet mustache, and you have Rand coming in at #2 on my SEO GOATs list.

Neil Patel sits at the top of my list for a bunch of different reasons. Firstly, he’s the co-founder of two impressive SaaS analytics companies in CrazyEgg and KISSmetrics. He also is the founder of Quick Sprout and this is where you can get lost for MONTHS in the amazing content that Neil publishes on its blog, and I mean MONTHS! One of my favorite things about Neil is how down-to-earth he is and how his content doesn’t come off as arrogant or anything of the sort. I especially love when he talks at conferences or appearances. He has a great tone that is so light and in a playful manner, but is also loaded with a ton of amazing information.

He is one of those people that when he speaks, others listen, and rightfully so. He has built his brand to an amazing level and others would be wise to follow his methods and advice. I have heard him speak before via phone conference and its truly inspiring listening to the passion he has in his voice and just his overall knowledge. I mean you could ask him anything and he will have an idea or strategy ready for you to start implementing and improving on your goals immediately.

So aside from his great wealth of knowledge, he just seems like a guy you could sit down at a bar with and have a great time. And he would probably be just as happy to chat with you as you are with him.

So once again, here’s to you Neil on being the top GOAT in the SEO industry – Cheers!

Well there you have it, my top 5 SEO GOATs. All of these people bring their own twist and knowledge to the industry and have helped me tremendously, as well as plenty of others, whether they know it or not. I have not had the pleasure of seeing any of these influencers speak in person – but it’s all on that pesky “to-do” list.

Well I hope you all had fun reading my post; I know I had fun writing it. Who would be your top 5 SEO GOATs or how would you have it ordered?

Feel free to share below and I look forward to seeing your lists!